Grace Upon Grace Amidst the Pandemic 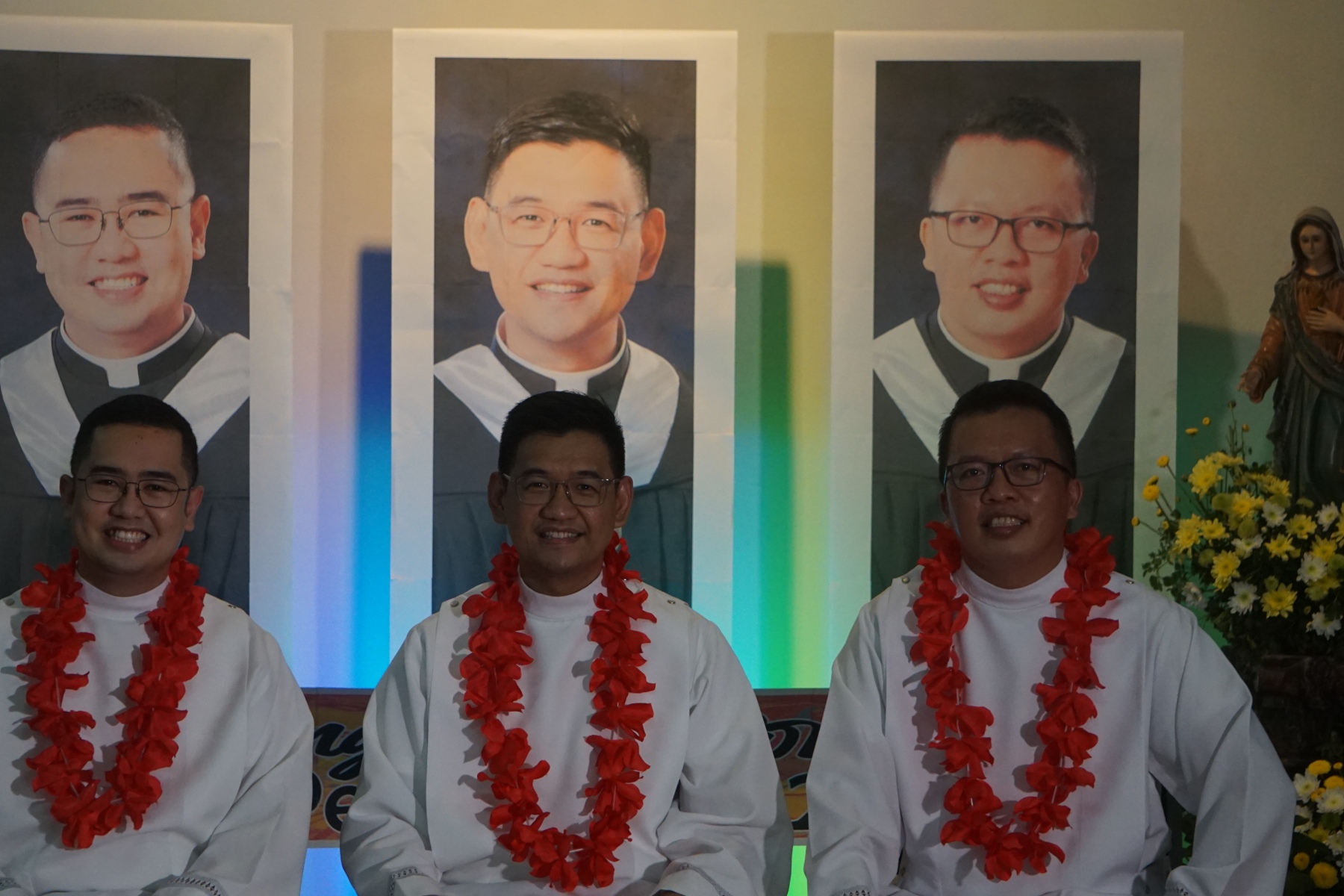 This academic year just concluded had been truly different and difficult because of the pandemic. ln response to the spread of a highly contagious and virulent pathogen, schools at every level were forced to close their doors and end the school without the traditional closing ceremonies. Institutions across the world switched to virtual learning, with teachers and students quickly adapting to an entirely new way of life. On the other hand, no pandemic can hinder us from giving ourselves to be formed and so the formative journey of the seminarians must go on. After a shortened academic year laden with many struggles and uncertainties, we were able to get through the academic year through the sustenance of God’s grace.

Last March 20, 2021, the Holy Apostles Senior Seminary (HASS) community rejoiced as we celebrated the culmination of the initial formation journey of our Pentekostes 2021 brothers: Sem. Justin G. Gatus from the Archdiocese of San Fernando, Pampanga, Sem. Gerald M. Moscardon from the Diocese of Cubao, and Sem. Carmelo V. Pocdol from the Diocese of Iligan. When it rains, it pours. The whole community leapt for joy when during the virtual closing ceremony, the Graduate School announced that Sem. Gerald and Sem. Justin topped the Dean’s List as First and Second respectively.

The San Carlos Seminary Graduate School of Theology Class of 2021 marks seminary history the first ones to experience a “virtual graduation.” This was done in prudence and in response to the restrictions brought about by the pandemic. Even so, the situation could not deprive their parents, relatives, friends, and communities the joy they felt as we all witnessed the live streamed commencement exercises. This was a creative measure responding to the signs of the times. The simple rites was still able to capture the essence of celebrating this milestone and acknowledging the hard work of our brothers and those who were involved in their integral formation. This  moment will be treasured as they go back to their respective dioceses and integrate them into the ministry that awaits them.

I could not contain the mix of emotions that I felt even while watching via livestream. I prayed that with the mercy and grace of God, I would also approach the sanctuary someday and accept my diploma. It was a joy to see their fruitful journey come to its culmination. I have been more inspired to persevere and  finish that same journey they took with the help of God.

“Seminary life is not only intellectual; it’s the formation of the whole person, especially in accepting Jesus more fully and knowing Him more closely.”

Most Reverend Broderick S. Pabillo, D.D., Apostolic Administrator of the Archdiocese of Manila at the Baccalaureate Mass said, “Seminary life is not only intellectual; it’s the formation of the whole person, especially in accepting Jesus more fully and following Him more closely.” The Ratio Fundamentalis Institutionis Sacerdotalis emphasizes that priestly vocation is “a gift of God placed in the hearts of some men that must be guarded and fostered in order to bear fruit.” As I go through my formation journey, may Jesus, the Good Shepherd and the Master of the harvest lead me and guide me to bear fruit.

Sem. Nico Jay del Mundo is in his second year of formation and a graduate of BS in Accounting Technology prior to his entrance to the Holy Apostles Senior Seminary. Nico is from the Archdiocese of San Fernando, Pampanga.

← He Never Chooses Whom to Love
Purity of Intention →