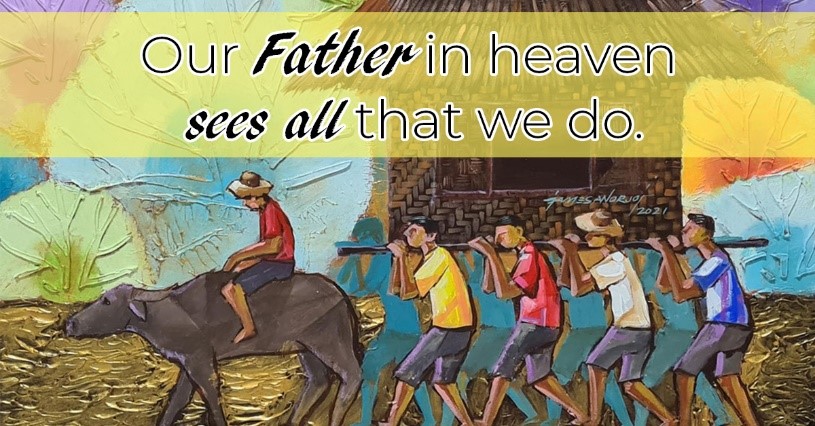 When I was in elementary, I learned that the early Filipinos lived in portable nipa huts so that they can easily move their houses from one place to another whenever the need arises. This was done through the help of their neighbors and other members of the community where they team up to carry on their shoulders long protruded wooden floor beams made of bamboo. This beautiful tradition is called “bayanihan.” However, as civilization progressed, Filipinos no longer lived in portable nipa hut houses and so, this tradition slowly began to fade.

During the height of the pandemic, we have seen how we rekindled the spirit of bayanihan. Although we no longer help in carrying the houses of our neighbors, this time, we have seen how ‘Filipinos carried their fellow kababayans’ by giving assistance to those who were badly affected by the pandemic. We have seen in the news how various communities worked hand in hand in gathering food and other essential supplies which were later given to the affected families. I remember an alumni-priest who tapped the lay faithful in his parish such that they were able to gather sufficient funding and goods which they distributed to the parishioners afterwards. They also found creative ways to give livelihood for those who had lost their jobs.

But behind all these magnanimous humanitarian endeavors, we must not forget to acknowledge and applaud the efforts of those who worked in silence but were also instrumental in making these bayanihan efforts possible. These were the people who anonymously donated, those who helped in packing the goods, those who assisted in the distribution, etc. These were examples of what the Gospel tells us of “works performed [not] to be seen.” May these inspire us to keep on working, even in silence, for the benefit of others, because, at the end of the day, God, our Father in heaven sees all that what we do even in the secret confines of our most private spaces.

Jesus spoke to the crowds and to his disciples, saying,
“The scribes and the Pharisees
have taken their seat on the chair of Moses.
Therefore, do and observe all things whatsoever they tell you,
but do not follow their example.
For they preach but they do not practice.
They tie up heavy burdens hard to carry
and lay them on people’s shoulders,
but they will not lift a finger to move them.
All their works are performed to be seen.
They widen their phylacteries and lengthen their tassels.
They love places of honor at banquets, seats of honor in synagogues,
greetings in marketplaces, and the salutation ‘Rabbi.’
As for you, do not be called ‘Rabbi.’
You have but one teacher, and you are all brothers.
Call no one on earth your father;
you have but one Father in heaven.
Do not be called ‘Master’;
you have but one master, the Christ.
The greatest among you must be your servant.
Whoever exalts himself will be humbled;
but whoever humbles himself will be exalted.”