Doers of the Word

Posted on September 20, 2022 by holyapostlesph 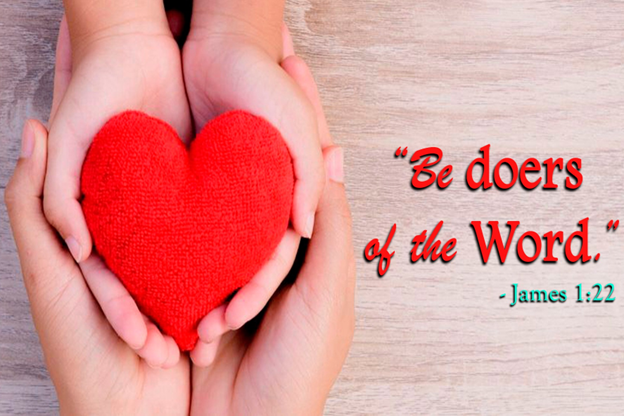 In today’s Gospel, Jesus’ mother and brothers tried to see him while he was teaching a group of people gathered in someone’s home but were prevented by the crowd. When Jesus was told that they were outside, he announced that his family consists of those who hear the Word of God and do it. Today’s Gospel reminds us that Jesus considers everyone as part of his family because He acknowledges and accepts people with open arms, especially if we do not only hear the Word but also put it into action. According to the Letter of St. James, we should be doers of the Word and not only hearers. The Gospel challenges us to act according to the will of God and to always be mindful of His teachings and works. We must always be living witnesses of His unfailing love in this ever-changing world as we continue to strengthen our faith. It is typically easier to hear the Word of God than to act on it. We must always be mindful of seeing every person that we encounter as “a mother, brother, or sister.” To act on Jesus’ word calls each of us to love every person we encounter, even those individuals we may not like. Jesus’ friends are those who listen to and act on His Word.

By: Sem. Arjay A. Ligamzon

The mother of Jesus and his brothers came to him
but were unable to join him because of the crowd.
He was told, “Your mother and your brothers are standing outside
and they wish to see you.”
He said to them in reply, “My mother and my brothers
are those who hear the word of God and act on it.”